The World Macedonian Congress – Australia formally met with both the National leader of the Australian Greens, Senator Richard Di Natale and also Federal Labor MP for Batman electorate, Ged Kearney on Thursday, 7 June, to discuss the plight of the Macedonian community in Australia.

WMC-A believes that a bridge of consolidation and understanding has been established via fruitful meetings with both Senator Di Natale and Ms. Kearney in which WMC-A used both opportunities with each Member to express the community’s concerns at the lack of direct engagement that Australian politicians historically had with the Macedonian community.

Senator Di Natale, in particular, has asked his staff to ‘open his office’ to the Macedonian community and WMC-A in particular in order to discuss Macedonian Matters with his senior advisors for Foreign affairs and Multiculturalism. He reinforced that it was important for the Greens to understand the needs of the Macedonian community and the issues surrounding the discrimination Macedonians have faced, simply for being a minority in Australia at the hands of more politically expedient adversaries.

Senator Di Natale was particularly taken aback by the comments that were made by Daniel Andrews during the recent Greek Independence Day celebrations which WMC-A brought to his attention and commented that he would look into the Greens tabling the WMC-A letter to Daniel Andrews requesting a response in the Victorian parliament. Premier Andrews has been sent the same letter on Three occasions and has failed to simply acknowledge receipt, let alone respond. VIEW ORIGINAL LETTER HERE.

In our meeting with Ms Kearney, WMC-A requested an update regarding the recent by-election ‘How to Vote’ pamphlet fiasco and Ms. Kearney informed us that there was a thorough investigation surrounding the matter. It was ascertained that a technical error occurred outside of the approval process from Ms. Kearney’s office and the proof that was printed was not the same proof that was approved by her or her staff.

Ms Kearney explained that moving forward; everything that is published by her office will be checked by an independent translator and signed off by her personally from now on. Ms. Kearney reiterated that she was devastated by the error and highly emotional over the issue during the days following it being brought to her attention by her Macedonian constituents. She vowed to assist the Macedonian community as much as she possibly could moving forward and pledged to put our community at the forefront of any assistance they sought from the Federal government just as she would members of any other community within her electorate. 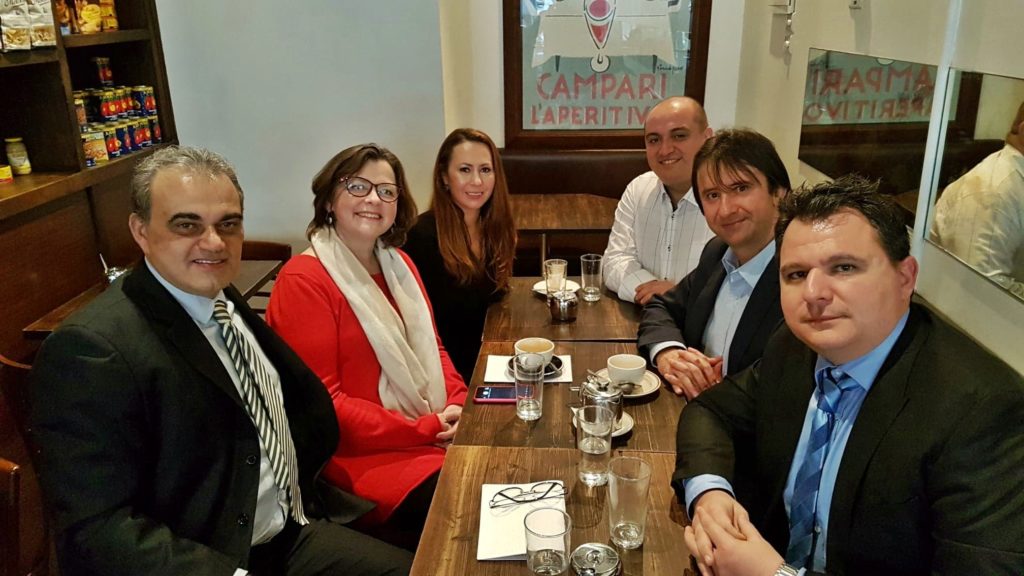 The political situation overseas and its immediate effect on the Macedonian community was also discussed at both meetings, as were the heightened sensitivities surrounding the right to self-determination, human rights, the name negotiations as well as the massive contribution Macedonians have made to Australian society.

The World Macedonian Congress – Australia thanks both Senator Di Natale and Ms. Kearney for their time and looks forward to both of them having a positive working relationship with the Macedonian community now and in the future.

Attendees at Thursday’s meeting were: