Greece’s tourism board used images of the iconic landmark… because they claimed Australian skies carry stars with Greek names!

And, it seems, the rugged coast of Australia.

In an embarrassing case of plagiarism, or mistaken geography, the Ministry has claimed Australia’s most recognisable natural wonders, the Twelve Apostles, as its own. 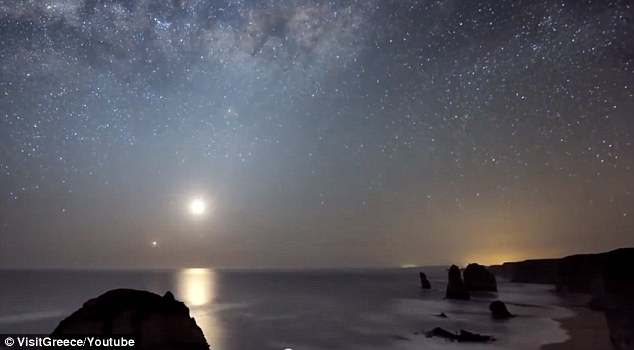 As one section of the ‘Gods, Myths, Heroes’ video pans over Australia’s ‘Twelve Apostles’ under a starry night sky, the English narrator tells how it is here that Aphrodite, goddess of love, lust and kindness, ’emerges from the waves.’

‘When the day is done, the moon and her stars paint the sky in brilliant constellations, named from astrology by ancient sailors, navigating their way from island to island across the broad sea,’ the narration continues.

Melbourne-based photographer Alex Cherney discovered that the footage was his via social media, just days after the Ministry launched the video at an international industry event.

The shots were taken from his award-winning time-lapse film, ‘Ocean Sky’, which he says took a year and a half to pull together and 31 hours of filming over Australia’s Southern Coastline.

“My video has been seen nearly 2 million times online since 2011, won some awards, and been featured as NASA’s astronomy picture of the day, so that’s probably why it was recognised,” he told Fairfax Media. 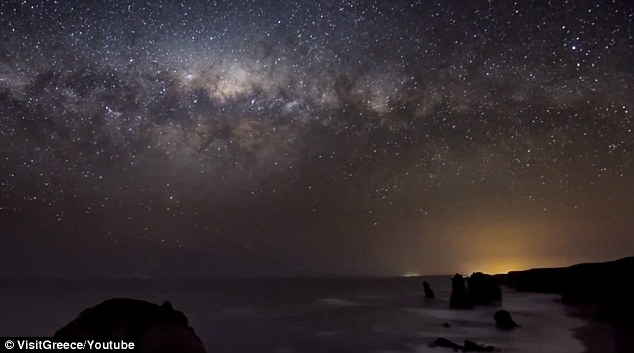 The Visit Greek video tells how the goddess of love, Aphrodite, was born from the waves as it pans over the Twelve Apostles in Australia’s Southern Ocean

But when Cherney contacted the producer Andonis Theocharis Kioukas, he was told the Greek Tourism Ministry had subsequently purchased the rights to use the footage from an agency representing Cherney. And it intended to continue to do so.

In a translated response to criticism over the footage, the Ministry said the decision to use shots of the iconic Australian coastline and the milky way was a deliberate one because “the mythology of the sky at all latitudes and longitudes of the Earth is Greek.”

“That almost all the world, wherever you turn around your eyes, you will meet an idea, a name, that originated from Greece,” the translation reads.  “Even the skies of Australia in the southern hemisphere explains the artistic creator, when lift your eyes open, you will see stars and constellations that carry Greek names.”

The video, produced at a cost of $86,000, has also copped criticism for its use of Nazi propaganda footage from the opening ceremony of the 1936 Berlin Olympics. 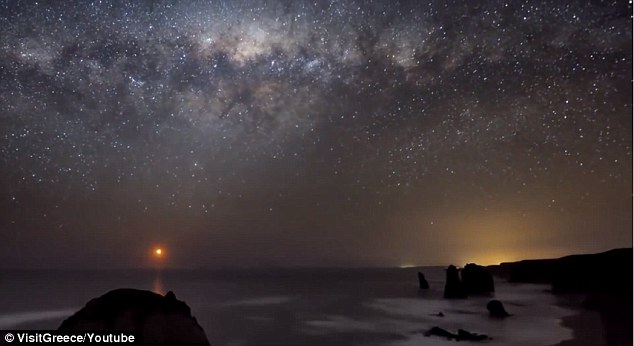 “Even the skies of Australia…the mythology of the sky at all latitudes and longitudes of the Earth is Greek,” say the film producers

This does NOT surprise the Macedonians at all, considering Greece has taken their history and made it their own.

Watch the Video below. The 12 Apostles are shown around the 21-second mark.

The Full 12-minute video production concludes with a narrator saying the world must become small again ‘as the old Greek world was.’

‘Small enough to include everybody.’

And, it would seem, all their landmarks.

Watch the Full 12-minute video below;