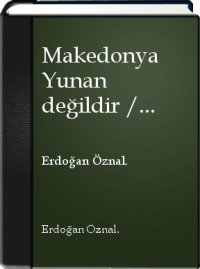 The book has an overwhelming amount of information and historical details that Athens has absolutely nothing to do with Macedonia as a country, and even less to do with the historic name. The book uses information from the 1300s all the way to the major world wars and is not only focusing on Macedonia but on Greece as well.

From census in every village and town during a 500-year span, to property taxes, to historic borders within the Ottoman Empire, the book shows the Macedonian borders do not change for 500 years (shown in photo above), encompassing what we now call Aegean and Pirin Macedonia.

Not a sign of “Greeks” anywhere on Macedonian territory (with focus on Aegean Macedonia) for 500 years.

Although the Ottoman archives in Ankara are open to Macedonian historians, rarely does anyone in Macedonia take interest in them, reports daily Vecer.

The Ottoman archives are the only viable, thorough and recognized document for the Balkans. It is a written record that cannot be changed and dates back a whopping five centuries since the Turks managed all governing aspects of the entire peninsula as it was considered part of their country/system. Even today, some Macedonian citizens go back to these archives to prove that land belonged to their ancestors for an extended period before it was confiscated by the communists after WW2.

It is how an older lady got Krivolak, the second largest military training ground in Europe back to her family, now she is renting it out to the Macedonian army and NATO for training.

As for the “Greeks” and their claim on the name Macedonia, we can refer them to the book “Macedonia is not Greek” of their neighbours and ethnic brothers, Turkish authors Baskanligi and Oznal who detailed 81 pages of archived evidence why Athens has nothing, and never had anything to do with Macedonia.

Additional Information on the book – By WMC-A

The Authors of the book, ‘Macedonia is Not Greek’ also talk about the genocide against the Macedonians from 1913 – 1918, which they consider much larger than the Golgotha in 1948 in the Aegean part of Macedonia under Greece.

According to the Turkish Archives, the Turkish General’s staff has astonishing data on the mass exodus of the Macedonian people, from the Aegean part of Macedonia, forcibly evicted to Bulgaria. A record of 88,978 people was displaced.

According to the data, in the period from 1913 – 1928, another 86,582 Macedonians from Bulgaria were displaced from their homeland.

An extreme force was applied to the Macedonians during the time of expulsion, and according to the Turkish records, 8,000 Macedonians were shot dead who refused to comply with the enemies orders. 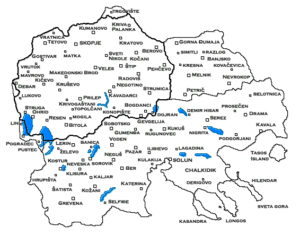