We, the members of the World Macedonian Congress-Australia and its affiliated organisations throughout the world are deeply troubled by reports of foreign powers influencing the March 2017 and subsequently the October 2017 local elections in the Republic of Macedonia.

It is our belief that a movement has risen in the Macedonian parliament greater than the will of the people consisting of various and powerful interests held together by the enveloping agenda of the EU, US & Soros machine.

The current October 2017 local elections were an opportunity to witness evidence that the Macedonian political system is far from a democracy and is in fact a concocted and manipulated process for the legitimising of a puppet regime.

This blatant political manipulation has led to a polarized political climate and is evidenced by the current sitting illegitimate government and the illegally elected war criminal, Talat Xhaferi as speaker of the house which is currently being challenged in Macedonia’s constitutional courts.

It has led to a growing deep fear amongst the Macedonian population that it has prevented Macedonia’s elected representatives from doing what is right for the people and the nation that they profess to represent.

There is documented evidence of American officials attending polling stations to oversee ‘favourable’ processes and their presence has made the US complicit in the physical evidence of ballot manipulation, voter harassment, bribery and brutality with state police interference and support.

The United States ambassador to the Republic of Macedonia, Jess Baily was recently filmed arriving and then departing a polling booth in the Skopje municipality of Kisela Voda during the second round of voting.

Repeatedly denying having anything but a passing personal interest in the political outcome of Macedonia’s political results, this visit flies in the face of the stated American principles of championing democracy (i.e. the will of the people) throughout the free world.

In this case, what is right is simple: Macedonia needs a thorough, public Congressional investigation into the role that foreign powers and Jess Baily played in the months leading up to the March and then subsequent October local elections.

As representatives of the American people, Congress is best positioned to conduct an objective investigation into the appointed officials who represent America in foreign countries.

We believe the evidence made available in an investigation would show that Jess Bailey as the US ambassador and other foreign powers have played an important role in shaping the outcome of compromised Macedonian elections. At this juncture, we can only say that existing reports are plausible enough and publicly expressed concerns are significant enough to warrant Congress’s full attention and swift action.

With concerns rising on both sides of the political aisle about myriad practices that challenge free and fair elections, a public investigation promises to provide the transparency needed to calm the fears of Macedonians and restore faith in our political process.

We trust you will do what is right. 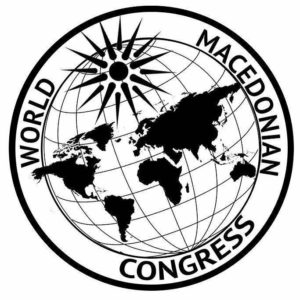