A Kiwi video production company is taking the world by storm, opening its sixth international office in its first year.

Lin said global expansion was always on the cards for the startup that began its journey in a small Auckland office. 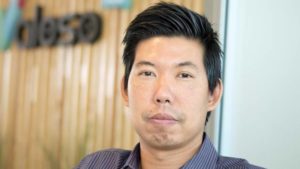 “In the tech industry your vision always has to be global, it’s a given. To be attractive to investors, you have to be able to scale up as fast as you can,” Lin said.

He said Asia will become its fastest-growing market within the next six months.

“The video coverage and video marketing market in Asia is steadily on the rise and I think Taiwan is the perfect place to set up our Asia headquarters in this geographical point,” he said.

Valoso has a team of 30 employees across its offices in Auckland, Melbourne, San Francisco, London and Macedonia.

Clients can specify requirements for the video and the digital managers in the international offices will pull a team together to cover the event.

The startup’s main contact centre is in Macedonia. After setting up shop in Melbourne, Lin decided to expand to Macedonia as Valoso had three freelancers from there and it was cheaper than the United States or England.

He said opening a company in Macedonia was challenging, taking two weeks, compared to 20 minutes in New Zealand.

Lin said his rapid global expansion was also possible because of his co-founder business model.

“After setting up Macedonia I thought it was too hard to have a global business and just employ people and form team everywhere, it’s too much work. I realised the fastest way to grow a business internationally is to find co-founders in different markets and have partnerships with them.” 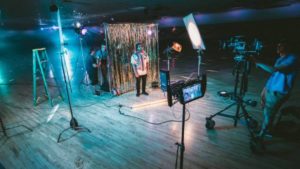 In its first year, Valoso has worked on over 100 projects around the world.

Co-founders are managers around the world that take care of business in their region.

“The co-founders we have are individuals who are capable of running our business in their own markets. To call shots and make decisions while maintaining our company vision and culture.

“We invest in each other and share the successes together. They are in charge of all operation management at their end while we supply as much support as we can, typically at the start where their market is being brought up to speed to where we are strongest, in Europe.”

Lin said most of the video production company’s clients are based in Northern Europe.

The start up has covered over 100 global events, including in the Netherlands, Finland, Belgium.

Lin has his sight set on other Asian markets as well.

“The bar is set pretty high and we will utilise the technology and experience that we have developed in Europe and United States to bring the same success to Taiwan and surrounding markets such as Japan, China and Korea.”

Valoso has also launched a Chinese version of their website to ensure a better user experience.

He said doing business in Asia will be different to the other markets because of the cultural differences and the importance they place on face to face communication and meetings.

“Most of our meetings and training are done via Skype which is common for our teams in Europe but we’ll have to consider working with the local team to build those connections with the Asian market.”

Lin said he truly wants to make Valoso a global business, and the next big focus after settling in Asia will be to crack Africa.

He said a global expansion is a key focus and he wants to keep growing his business.

“My next break will probably be in three years. There’s no time for that, there’s so much to do.”