History of the Bulgarian Label

The purpose of this essay is to investigate the purpose the label serves and has served, and to reflect on its varying definitions throughout recent history. As to not over encumber the reader with centuries worth of information the essay will focus primarily on the 19th and 20th centuries, as such the definitions and applications of the older Bulgar label from the Byzantine era will not be explored as they hold no significant relevance in connection with the later Bulgarian label of the long 19th century.

For most of its history, the Ottoman Empire categorised its subjects based on their religious affiliation in a system known as Millet [Nation]. As such, the population of the Balkan Peninsula was usually divided into three Millets: Rûm, Muslim and Jew. Rûm was the Ottoman Turkish word for Roman and was applied as such due to the Islamic Ottoman conquest of the territories formerly belonging to that of the Christian Eastern Roman (Byzantine) Empire. The Balkans themselves were referred to by the Ottoman administration as Rumeli [Rumelia] or land of the Romans.

Following the abolishment of the Patriarchate of Peć and the Archbishopric of Ohrid in the 18th century, all Christian Rumelians came under the ecclesiastical authority of the Hellenocentric Ecumenical Patriarchate of Constantinople. All Christian services in Ottoman Rumelia, therefore, were performed in the Romaic language regardless of the native tongue of the practising population. This sparked resistance early-on from the regions’ Slavophone population who had lost their two remaining autonomous authorities to Constantinople. How the Bulgarian label factors in into this situation were through the development of a movement amongst the remaining Slavophone Rumelians under Ottoman authority [Montenegro & Serbia had achieved independence by this point]. The movement’s origins were as early as the 1820s but truly began to develop into a visible force in the 1840s and 1850s. The goal of the said movement was the reestablishment of an ecclesiastical authority that would conduct liturgy in the ‘Slavonic’ language, as oppose to the Romaic language which was conducted at the time. The escalation of the movement can be attributed in part to the formation of the Greek state in 1830 which harboured the intentions to annex much of the remaining Ottoman territory in Europe into its nascent Pro-Constantinople kingdom. Such an event greatly raised the fears amongst the Slavophone population towards their possible Hellenization at the hands of the now-combined forces of the Patriarchate and the newly-formed foreign government in Athens.

At this time, Protestant missionaries from the USA were active in Ottoman Rumelia agitating the Christian population into rebellion against the Sultan, it is with these missionaries that the Bulgarian label came to be. The Protestant missionaries took control of the flourishing church movement and in an attempt to reorganise it into a serious threat to the Sultan’s power in the Balkans, blessed it with the Bulgarian label. The decision for such an action was likely to instil a romantic sense of purpose and pride in the movement through channelling the nostalgia of the medieval Bulgarian empires and their independent Slavonic church and wished to present the movement as a resurrection of such [the movement at this time was largely concentrated in Moesia/Bulgaria]. The Bulgarian label was therefore attributed to all participants of this movement, all of which being Slavophone Orthodox Christians. The modern Bulgarian perspective of this movement was that is it was an entirely nationalistic occurrence of “ethnic Bulgarians” and their national revival with the goal of liberating the “Bulgarian” lands. In support of this authors’ stance that the movement was purely concerned with the language of liturgy, they present this document: 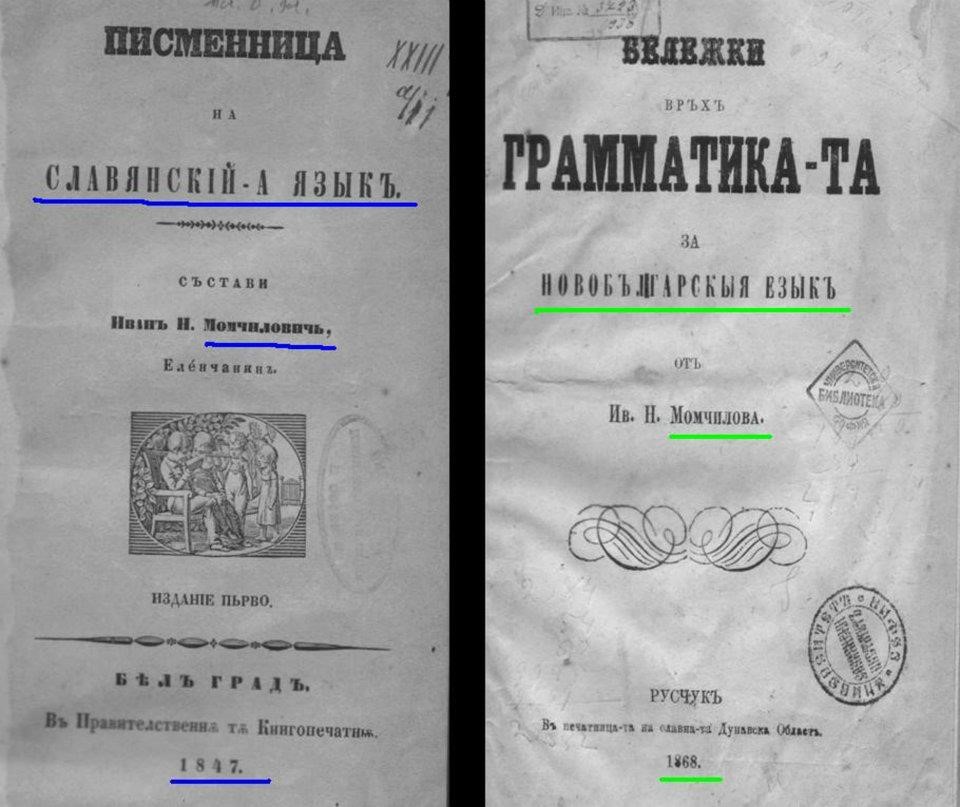 Ivan was born in Elena to a paternal veteran of the Greek Revolution and both publishments are linguistic works on the same language, which he refers to as Slavonic in 1847 and New Bulgarian in 1868. It is clear from this that the Bulgarian label was a recent one attributed to a purely Slavophone movement without any attachments to a greater national identity. Famous Macedonian poet, Grigor Prličev began to study the recently-codified “Bulgarian” language [A national standard was not created until 1899, until then various different standards were in circulation], which he too referred to as Slavonic.

In 1861, Macedonian brothers Dimitar and Konstantin Miladinov published their Bulgarian Folk Songs in Zagreb which was a collection of folkloric work predominantly from Macedonia but also with some additions from Moesia/Bulgaria and Thrace [supposedly at the insistence of the publishers]. In a letter from Konstantin addressed to the famous Bulgarian national figure, Georgi Rakovski, he explains his reasoning behind changing the title from Macedonian to Bulgarian folk songs and inserting work from Moesia/Bulgaria and Thrace last-minute as a justification. The brother explains he altered the title to send a message to the “Greeks in Vienna” [Philhellenes] that Macedonia was not for Greece nor the Patriarchy and to demonstrate his solidarity and support for the “Bulgarian” church movement which was at its peak at the time of publishment.

The church movement eventually culminated with the establishment of the Bulgarian Exarchate in 1870 with the full support of the Sultan, much to the Patriarchates’ disdain. The Patriarchates’ hostile reaction to the establishment of an autonomous church that did not hold liturgy in Greek soon forced the Exarchate to proclaim full autocephaly in 1872. The continuing emergence of new religious authorities [millets] in the closing decades of the Ottoman period forced the Sublime Porte to add more and more options for identification in their censuses. Therefore, all people who subscribed to the newly-established Exarchate were labelled Bulgarian and all those who remained with the Patriarchate were labelled Rûm or Greek, regardless of their ethnic origin. European ethnographic material from the time reflects this trend with the inhabitants of the Balkans being categorised based on their religious affiliation; many of the authors confused this for ethnic identity.

“Had there been no American missionaries, there would have been no Bulgaria” -Prince Ferdinand of Montenegro.

“Nobody believed that such an artificial creation [Bulgaria] would survive, especially not without Russian support” -Vanče Stojčev

“Let us no lie to ourselves, Despot, the national spirit in Macedonia has reached such a stage today that even if Jesus Christ had come to the Earth, he would not have been able to persuade the Macedonian that he was a Bulgarian or a Serb, excepting those Macedonians in whom Bulgarian propaganda has already taken root” -Temko Popov

“Oh Macedonians! It is time we realised that the greatest demon Macedonia must battle against is none other than Bulgaria; and this is why we must keep our interests apart from those of Bulgaria” -Krste Misirkov

“For the Bulgarian name, which has been endowed upon us by the Exarchate, we have taken over and it’s not up to me to try and find out whether some evil Bulgarian demon is responsible for all the evil the Bulgarians have brought upon us, the Macedonians….”  -Krste Misirkov

This Article brought to you by;

ETHNOGENETIC DIFFERENCES BETWEEN THE MACEDONIAN AND THE BULGARIANS!

To Find out More please visit the GoFundMe page below: 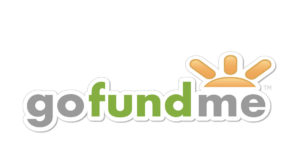