Hungarian-American George Soros became a billionaire from hedge funds he started, and also from short-selling pounds sterling during England’s currency crisis in 1992. That manoeuvre earned him $1 billion and the appellation, “The Man Who Broke the Bank of England.”

By 2018, he had $8 billion in the bank – even after having given $18 billion to his Open Society Foundations, which support leftist causes in the United States and around the world.

With all of that money, you’d think he wouldn’t need your help, wouldn’t you? Well, your government disagrees. And, in fact, the taxes you pay have been supporting this guy. That’s not totally surprising, as the Obama administration was certainly fond of using American tax dollars to fund leftwing organizations.

Judicial Watch already sued about his activities in Macedonia — and Albania, as well. The former Prime Minister of Macedonia Nikola Gruevski reportedly called for a “de-Sorosization” of society. In February 2017, we reported that the U.S. government has quietly spent millions of taxpayer dollars to destabilize the democratically elected, centre-right government in Macedonia in collusion with Soros.

Judicial Watch filed the Romania lawsuit after State and USAID failed to substantively respond to our October 16, 2017, FOIA request seeking, among other records:

Judicial Watch filed the Colombia suit after State failed to respond to our October 23, 2017, FOIA request seeking among other records: 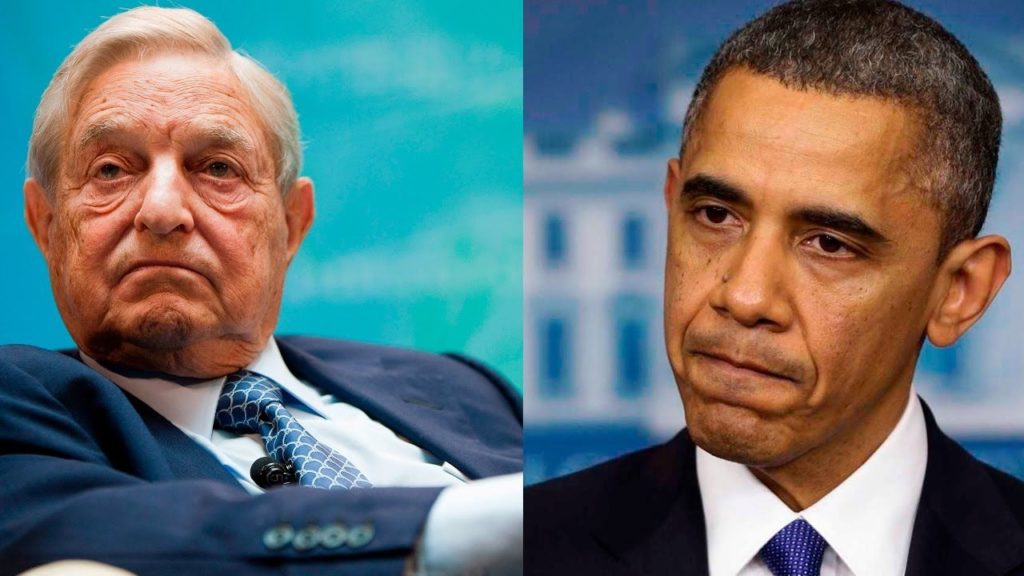 As in other parts of the world, a number of Soros-funded entities and projects in Romania are also funded by the United States Government. The Romanian Center for Independent Journalism, which is supported by the Open Society Institute in New York, recently received $17,000 from the State Department.

In February 2017, Laura Silber of Open Society Foundations reportedly condemned “illiberal governments” in the Balkans, such as Macedonia, Albania and Romania, for working against the Soros NGOs (Non-Government Organizations). In Romania, in March 2017, the leader of the governing party reportedly charged that the Soros foundations “that he has funded since 1990 have financed evil.”

Romania’s communist dictator Nicolae Ceausescu and his wife Elena were executed on Christmas Day, 1989. In the decades since, Soros and his affiliated organizations have exerted tremendous influence over politics in Romania. Numerous Romanian government officials, including former Justice Minister and European Parliament member Monica Macovei, have been closely aligned with Soros and graduated from his Central European University. Former presidential advisor and fellow Romanian member of the European Parliament Renate Weber was previously the chair of the Soros Foundations in Romania.

Soros’ NGOs in Colombia are reportedly receiving millions from USAID:

Verdad Abierta, a web-based portal created by Teresa Ronderos, director of the Open Society Program on Independent Journalism, boasts on its website that it receives support from USAID. Abierta has helped rewrite Colombia’s history, elevating terrorists to the same level as the legitimate police and military forces, and rebranding decades of massacres, kidnappings, child soldiering, and drug trafficking by a criminal syndicate as simply “50 years of armed conflict.”

Fundacion Ideas para la Paz, once led by peace negotiator Sergio Jaramillo, now a member of the oversight “junta,” is funded by the Open Society Foundations and has received more than $200,000 in U.S. tax dollars.

The left-wing news portal La Silla Vacia, another Open Society initiative, also boasts of being a USAID grantee. Its columnist, Rodrigo Uprimny, whose NGO DeJusticia also partners with USAID and Open Society, is considered one of the architects of the peace deal.

Judicial Watch isn’t the only ones curious about all of this. In a March 2017 letter to Secretary of State Rex W. Tillerson, six U.S. Senators (Sens. Lee (R-UT), Inhofe (R-OK), Tillis (R-NC), Cruz (R-TX), Perdue (R-GA) and Cassidy (R-LA)) called on the secretary to investigate the relations between USAID and the Soros Foundations and how U.S. tax dollars are being used by the State Department and the USAID to support left-of-center political groups who seek to impose left-leaning policies in countries such as Macedonia and Albania.

It is high time for people to be allowed to see the US State Department documentation regarding the public funding of Soros’ Open Society Foundations. This billionaire needs zero assistance from taxpayers to promote his far-left agenda abroad.