Remains found in shallow California grave believed to be those of missing Macedonian model, police say

Adea Shabani was last seen alive on the fuzzy elevator surveillance footage of a Los Angeles apartment complex on the afternoon of Feb. 23, leaving with a man on a trip to Northern California.

It didn’t take long for her family and friends to grow concerned. Within two days, no one had heard from her, unusual for the 25-year-old who had moved to Los Angeles from Macedonia two years ago to pursue a modelling and acting career. And so by Feb. 25 her friends filed a missing-person report with the Los Angeles Police Department’s Hollywood division. 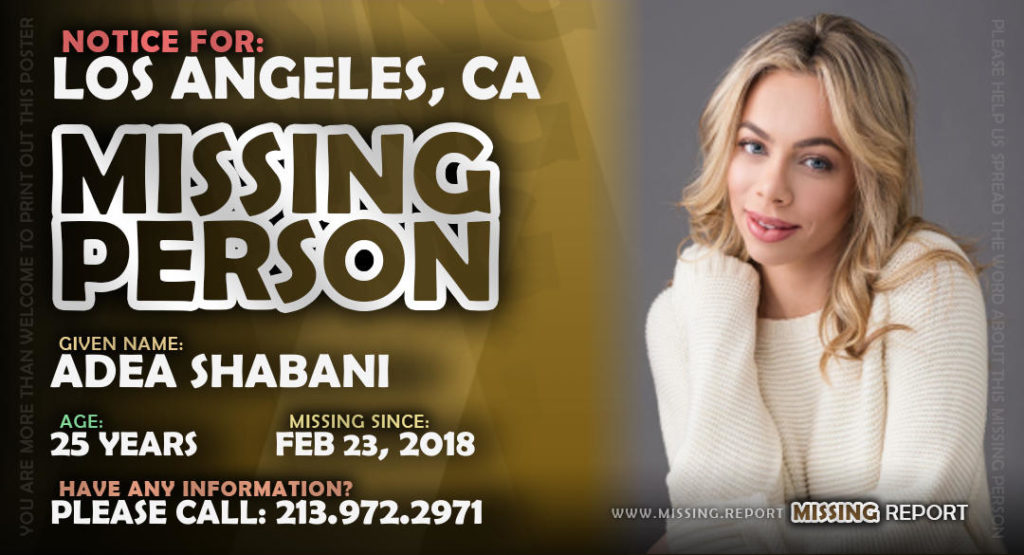 Police began investigating, and soon sought an explanation from the man with whom she had an “intimate relationship,” and with whom she was travelling, police said.

The story the man, Christopher Spotz, would soon give did not add up, said LAPD Capt. William Hayes at a news conference Tuesday.

Spotz said that on their way north, somewhere near Santa Clarita, California, he and Shabani got into an argument. He let her out of the vehicle onto the side of the road, and he had not seen her since.

But investigators found no evidence that was true. They couldn’t find any trace of her, not along the highway, not at any nearby hotels or places she might normally be. They searched, with the help of more than 100 volunteers from the Sutter County Sheriff’s Office, all over the Lake of the Woods State Wildlife Area near Nicolaus, California, north of Sacramento, based on tips they developed during the investigation and found nothing.

Until Monday, when Hayes said the search for Adea Shabani came to an apparent end.

Hayes said an LAPD dive team found what police believe to be Shabani’s remains, buried in a shallow grave at the edge of the water within the Spenceville Wildlife Area in Nevada County, California.

The Nevada County coroner and forensic anthropologists from Chico State University assisted in recovering the body Tuesday, “a slow and laborious process meant to preserve the evidence,” Hayes said. He said that although the coroner’s office has yet to positively identify the body, police are confident it is Shabani.

The cause of death has also yet to be determined, but Hayes said investigators suspect foul play – and suspect that Spotz is connected. But Spotz has since died: He committed suicide last week, Hayes said, just as police closed in.

Shabani was born in Macedonia, where she graduated from the QSI International School of Skopje before attending the American University of Paris to study business administration, graduating in 2014, according to her Facebook profile. Upon moving to LA, Shabani landed a role in an independent film that ran in 2017, called “All or Nothing,” and a private investigator for the family told the Los Angeles Times she was set to graduate from the Stella Adler Academy of Acting in Hollywood in 2017. According to IMBd, 33-year-old Spotz was also in acting, playing small roles in short films or sketches.

On Tuesday, Hayes provided an extensive timeline of the events in the case, which he described as a “rather complex investigation,” extending as far as Colorado. For now, he said, investigators have limited information to go on, given they don’t believe the story Spotz gave before his death to be true.

“We know she left the apartment at approximately 1:15 on the afternoon of the 23rd. That’s the last time she’s seen alive,” he said, “and so that’s the last credible information we have.”

The Robbery Homicide Division got involved when Spotz’s story seemed suspicious, Hayes said. On March 1, investigators drove up to his father’s home and soon learned that Spotz had driven to Fort Morgan, Colorado, on that same day with another woman, whom Hayes said was his fiancee. 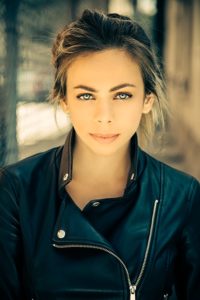 Then, a couple weeks later, the San Bernardino Sheriff’s Department had a break in the case. They found Spotz in his Toyota Tacoma near Interstate 15 and tried to pull him over. That’s when he fled.

The California Highway Patrol pursued him down Interstate 15 and then Highway 91 on a high-speed chase for more than 50 miles, from Hesperia to Corona, California, according to local reports. He exited the highway at Green River Road and came to a stop. “He remained in the vehicle,” Hayes said, “and at some point committed suicide, dying as a result of a self-inflicted gunshot wound.”

After a second failed search in the Lake of the Woods State Wildlife Area, the key information came together, Hayes said, leading detectives to the Spenceville Wildlife Area in Nevada County. He did not specify how investigators knew to search at either wildlife area. They set out early the morning of March 26, before discovering remains at the water’s edge.

“Something happened,” Hayes said, “and I believe it to be somewhat untoward.”