To Mr Matthew Nimetz, United Nations Special Representative for the naming dispute between Greece and Macedonia

CC: Dr Gjorge Ivanov, President of the Republic of Macedonia

Mr Zoran Zaev, Prime Minister of the Republic of Macedonia

Mr Nikola Dimitrov, Minister of Foreign Affairs of the Republic of Macedonia

I write in behalf of the several million ethnic Macedonians around the world whose families originate from that part of Macedonia they choose to call Aegean Macedonia – and which since the Balkan Wars of 1912-13 has been part of Northern Greece and has been known as “Greek Macedonia”. Before this, our land was part of “Ottoman Macedonia”.

I write in regard to the United Nations-brokered negotiations between the Republic of Macedonia and the Hellenic Republic to affirm the following:

– A full and sincere apology for the invasion and genocide of 1912-13 and the suffering it caused to over six generations of Macedonians.

– A full and sincere apology for the cultural genocide that has occurred against our people since 1912-13.

– Full recognition and acceptance of our Macedonian identity, ethnicity, language, religion and culture, and the freedom to enjoy these throughout the territory of the Hellenic Republic.

– Appropriate restitution for all lands and possessions that were illegally, forcibly or immorally acquired by the Hellenic Republic.

– A full and complete end to all anti-Macedonian activities and propaganda.

– The ethnic Macedonians will accept the apologies of the Hellenic Republic and acknowledge that a new page in history has begun.

– The Hellenic Republic will continue to own and govern the Macedonian land now under its authority, and continue to enjoy its wealth.

– The colonizers and immigrants from Turkey and elsewhere will be allowed to stay and to continue to enjoy their properties and wealth.

– The ethnic Macedonians from what is now the Hellenic Republic will not as a group make irredentist or separatist claims on the land.

– Provide a more secure assurance that it does not have irredentist aspirations on “Greek Macedonia”.

– Provide a more secure basis for it to enter NATO and the European Union.

I believe this proposed Treaty is a necessary and positive solution that will benefit all parties. It will enable the end of the so called “name dispute”, it will end the long-standing futile and destructive situation between our peoples, it will make possible a long lasting and peaceful future, and it will make possible an historical reconciliation of international and world significance. 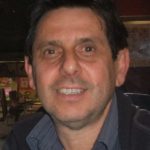 Victor Bivell is a long time Macedonian Activist and Publisher of Pollitecon Publications in Sydney.