As far back as 1988, it became inevitable that a new Macedonian state was soon to be declared from the breakup of the Yugoslavian federation, it was at this moment the word “Macedonia” became popular in Greece.

Greece up to this point did everything in its power to rid the name for over Seventy-Seven years, due to fear this practice was reversed and the new Greek policy made “Macedonia” a part of everyday life. Greece from this point on began renaming anything it could in Greek Occupied Macedonia which up until then was simply known as Northern Greece.

Greece began with renaming its airport to Macedonia Airport and even went as far as renaming the entire region of Greek Occupied Macedonia from Northern Greece to Macedonia with the sole purpose of claiming for historical reasons that Greece alone was the only legitimate heir to Macedonia. 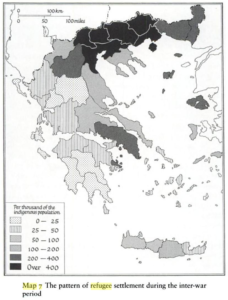 The present population of Greek occupied Macedonia is approximately 2 million people. Approximately 1 million are of direct Macedonian descent. After nearly a century of systematic effort to denationalize the Macedonians, many have succumbed and developed a Greek consciousness and refer to themselves as Greeks or “Greek Macedonians”. But this only happened after the Republic of Macedonia became an independent state.

The Greek state has always portrayed the Greek identity as being more cultured and superior whilst the Macedonian identity has systematically been portrayed as an uncivilized, barbaric and taking up a dirty presence within Greek society.

The psychological aim was to make people abandon the use of the Macedonian language. It has reached a point where one is looked down upon for speaking Macedonian and Greece has also gone as far as to label the language as the “local idiom” in order to distance it from being interrelated to Macedonia.

This fear is difficult to comprehend by those who grew up in free and open societies. You have to experience it to understand it. Among the older generation of Macedonians, the fear is pervasive and ingrained. It is as if the person is always on guard for his actions and words for fear that he will be betrayed or heard by Greek authorities. When one Macedonian was pressed further on this issue he blurted out in anger, “Fear has become embedded in our genes!” 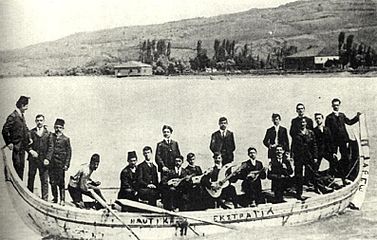 In fact, according to the same Greeks who yesterday were yelling and screaming that “there is no such thing as a Macedonian”, a sentence that has been yelled in the face of Macedonians many times, was now claiming that there are Macedonians. They were saying that Asia Minor Christian Turk colonists are the “real” Macedonians and we, the rightful heirs to the Macedonian heritage, were “Slavs”, “Skopjans”, “Bulgarians”, “Gypsies”, “Old Bulgarians” and many other derogatory words that they found in their vocabulary.

Greek hysteria knows no end; it is absurd that today’s Greeks who are an assorted bunch who originate from Vlachs, Albanians, Turks and Macedonians who all have been assimilated to believe that they’re descendant from the Ancient Greeks can pretend to play God father to the Macedonians. I hardly believe the Greeks would like to be called their true name of Christian Turks, Arvanites or any other ethnicities they forcibly Hellenized.

Greece needs to be reminded that in Greece today, there are; Macedonians, Roma, Vlachs, Albanians, Turks and representatives of other nations who are denied the elementary human right to freely identify themselves ethnically and culturally. We only hope that the day of Greek supremacism including their racist politics from their political institutions will cease to exist and the Macedonians there can, therefore, declare and enjoy their culture and customs without Greek suppression. 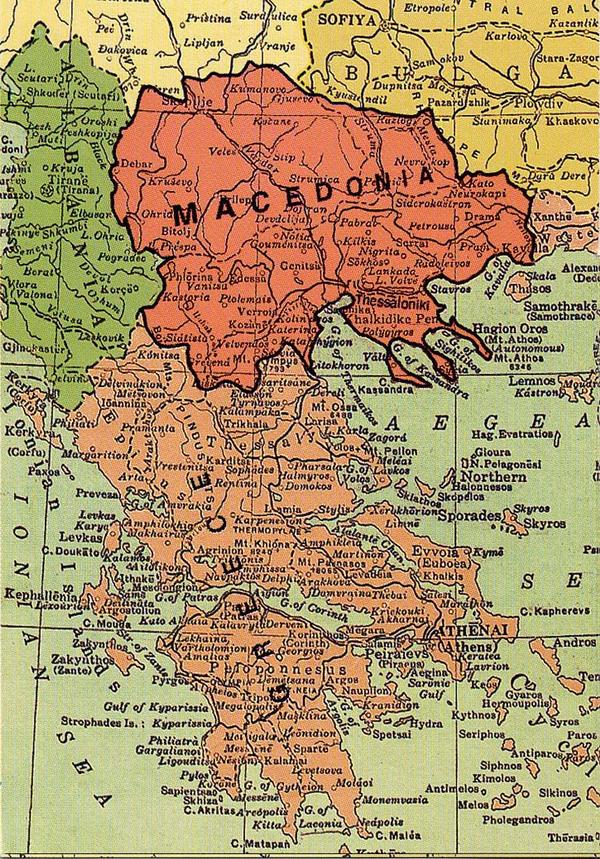 Historical & Geographical Macedonia prior to 1913