“The so-called ‘name dispute’ imposed on of Macedonia by its southern neighbor called the Hellenic Republic of Greece has been an ongoing bilateral issue between Skopje and Athens since the breakup of  Yugoslavia in 1991″, says the Macedonia’s Honorary Consul in Perth, Australia, Zoran Coseski in an open letter published online in Shilo Magazine.

Since then Macedonia’s accession to the United Nations and other international bodies has been delayed by strong Greek opposition for the simple reason being that it does not like what the Republic of Macedonia calls itself, Zoran Coseski writes.

“The reasons provided by Greece about the name being an issue of territorial pretensions towards Greece is nothing more than a smokescreen argument by Greece saying that Macedonia is Greek and has been Greek for the last 3000 years. This is an interesting assertion from the so-called cradle of democracy because it ignores the fact that in the ancient world there was no country called Greece and following the fall of the Byzantine Empire to the Ottoman Empire in 1453, most of what is today Greece came under Ottoman rule which lasted until 1821 and only in 1912 during the Balkan Wars did Greece seize its part of historic Macedonia which was part of the then Ottoman empire by pure military force. This irrational dispute has escalated to the highest level of international mediation, involving numerous attempts by the United Nations Ambassador Matthew Nimetz and other mediators to achieve a satisfactory resolution and with all due respect Ambassador Nimetz has done a sterling job in making genuine attempts to find a mutually acceptable solution,” he says. 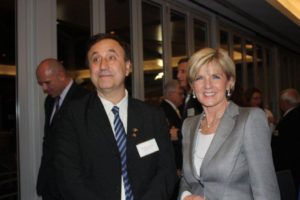 He deems the question of whether there is indeed a real issue of concern which is a real threat to Greece or is it an issue of pure hard-headedness or “inaet” (Stubbornness) by Greece, as Coseski calls it, to argue this issue on the international scene simply because it can and because others for whatever reason choose to listen to such mythological arguments.

He reminds us that one of the major reforms required by the international community for the emerging Macedonian democracy since 1991 was the prevalence of the rule of law, in line with the November 2008 principle, when Macedonia instituted proceedings against Athens in front of the UN’s International Court of Justice for what it described as “a flagrant violation of [Greece’s] obligations under Article 11 of the Interim Accord signed by the Parties on 13 September 1995”. The alleged violation was referring to the blockade by Athens to Macedonia’s bid for NATO membership. The Court delivered its judgment on 5 December 2011. In its judgment, which is final, without possibility for appeal, and binding on the parties, the ICJ found that: it has jurisdiction to process this case; the Hellenic Republic, by objecting to the admission of the former Yugoslav Republic of Macedonia to NATO, has breached its obligation under Article 11, paragraph 1, of the Interim Accord of 13 September 1995, the honorary counsel maintains.

“The only power that can assist Macedonia’s Euro-Atlantic integration is the USA,” Coseski argues. Having said that, the big question still remains to be answered as to what is it that Matthew Nimetz can do to assist both countries to resolve this long-standing and illogical dispute? and is there really a problem which requires so-called international mediation? The answer to the above question is very simple.

No, there is no real problem for the international community to mediate because ALL the Greek issues of concern about the flag, constitution and name have been adequately addressed by Macedonia. Ambassador Nimetz can refer to an article published in 2003 by the then leader of the opposition and former British Prime Minister Mr. David Cameron who wrote the following in the Guardian Newspaper:

“It hasn’t been easy. The reason for the long name is that the Greeks complained vigorously that Macedonia already existed as a region of Greece and so could not be a separate country as well. This seems churlish in the extreme. The Greeks have their own country, their own name and have been showered with financial assistance since joining the EU. These people – the Macedonians – have recently escaped communism and have virtually nothing. And as if Greek pettiness wasn’t enough the Albanians tend to dream of incorporating a large slice of FYR Macedonia into a Greater Albania while the Bulgars tend to think of the country as part of a Greater Bulgaria. Yet as far as I could see, the country – and I am determined to call it Macedonia – has a perfect right to exist.”

“The population is overwhelmingly Macedonian, with a distinctive language, culture and history. It is poorer than some of the other old Yugoslav republics but considerably richer than Albania. The people are civilised, friendly and highly educated. Even the tour guide had an MBA. It is always difficult to know how to answer the question: ‘What will you do to help us?’ But on this occasion, I had the answer. From now on I will call our esteemed EU partner “the former Ottoman possession of Greece (Fopog).” 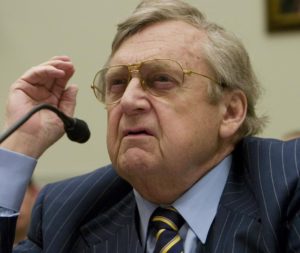 Mr. Nimetz can also refer to a statement by the former Secretary of State Mr. Lawrence Eagleburger: “The country which is now called Macedonia was called that as well during its existence as a Republic within the former Yugoslavia”. Did this fact lead to any misunderstandings in those days between Greece and Yugoslavia or between Greece and the then Yugoslav Republic of Macedonia? “No! Although misunderstandings existed even then, there was no security threat or any instability in the region, there is nothing more immature and silly than holding a country to ransom and negating its right to membership of international organisations, where the purpose of these organisations is to keep the peace and protect the members from aggression of the non-members” – the diplomat stresses.

Greece says that Macedon and Alexander the Great are theirs. This is wrong because the ancient Greeks looked at ancient Macedonia as a semi-civilized region.

Ambassador Nimetz has the following options: Advise the UN security council that this problem started with the following three Greek demands; the change the flag, change the constitution and change the name of Macedonia. Macedonia changed the flag and changed the Constitution to avert any Greek concerns which mean that two of the three concerns were directly addressed by Macedonia and the third about the security fears by Greece over the name Macedonia were addressed by the amendments to the Macedonian constitution. The name Macedonia does not imply any territorial pretensions because it is illegal under the Macedonian Constitution and Greek security is guaranteed by its membership of NATO and the Western Alliance system.

The term “Greece and Greek” are English words and do not exist in the modern Greek language. The Greek allergy to the term “Macedonian” and “Macedonia” should be noted and declared an issue for Greece to learn to live with as previously stated by another great American and former Secretary of State Richard Holbrook.

There are many other bilateral issues around the world which are not used as an excuse to block the entrance of a member state into other international bodies. Macedonia and Greece agree to disagree on issues of identity. Business and commercial relations between Macedonia and Greece are excellent and Greece is the biggest foreign investor in Macedonia. There is nothing further for the UN to mediate as the ICJ has found that the name Republic of Macedonia which is accepted by the vast majority of member states does not imply territorial pretensions toward Greece. 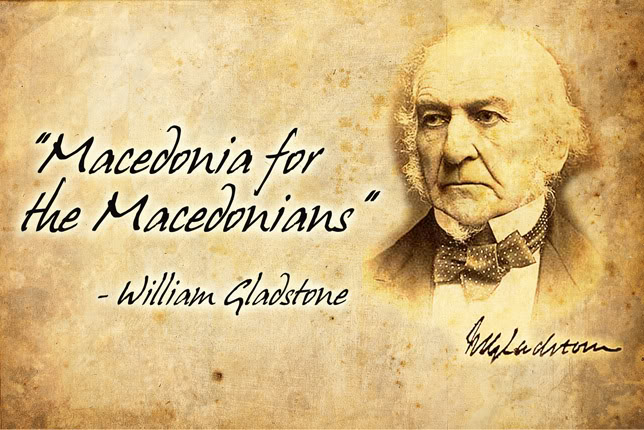