Macedonians Have Always Known Who and What They Are!

Documents from the ‘Ukrainian State Archives’ on the ‘Macedonian Regiment’ which was formed in 1759 in Ukraine. 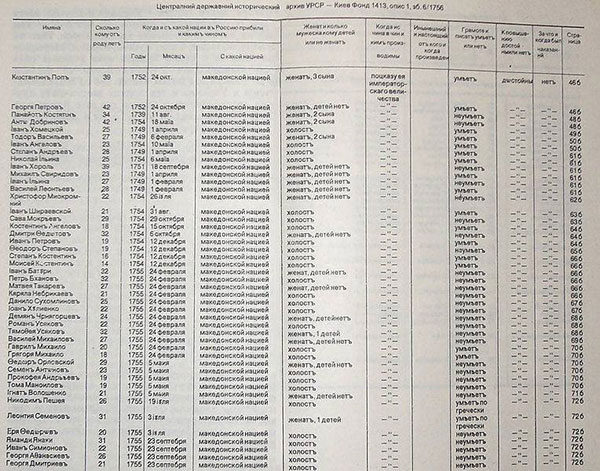 After a failed uprising led by Macedonian, Karposh, which resulted in a very bloody battle against the Ottoman Turks, and in order not to have their families killed, many Macedonians from Macedonia’s Northeast moved first to Vojvodina, and from there to Ukraine which was then part of Tsarist Russia (Russian Empire).

Immediately after their arrival in Ukraine, the Macedonians wanted to continue the fight against the Turks, and joined the Russian army. This was the first creation of the famous Macedonian Regiment, which later fought in many other wars led by the Imperial Russian Army.

Macedonians in the Russian army became known for their courage and fighting spirit, and were sent to the frontline with the bravest warriors, the Russian Cossacks.

All members of the ‘Macedonian Regiment’ stated openly that they came from Macedonia and their nationality identified as Macedonians, the evidence is in the document above, from the State Archives of Ukraine.