THE CONTINUATION OF GREEK CULTURE?

British historian, philosopher of history, research professor of international history at the London School of Economics and the University of London, Arnold Toynbee discusses the evolution of the meaning of the word “Hellene” in Greek literary usage, noting that it was originally given to a very specific group of northwest Greek-speaking people who lived in the interior of Epirus, but later came to be used to describe the association of twelve peoples in central and north-eastern continental Greece that formed the Delphi-Anthela amphictyony.

This was primarily a religious commonality. Other Greek city-states joined this association and the name Hellene was applied to all who participated in this civilization. Toynbee points out that the principal distinctive feature of this new Hellenic civilization, a characteristic that distinguished it from the earlier Mycenaean civilization, was the city-state. This feature was more important even than language, as is evidenced by the admission of the Luvian-speaking city-states of Lycia and Caria. 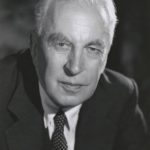 Toynbee notes that Herodotus, writing in 479 B.C., put common race and language first in his definition of Hellenism, but acknowledged a role for a common culture. However, Isocrates, nearly 100 years later (380 B.C.), made the point that the Athenians “have given the name ‘Hellenes’ a spiritual connotation instead of its former racial one. People who share in our Athenian culture are now felt to have a stronger title to the name ‘Hellenes’ than people who share with us merely a common physical make-up.

Robert Browning dismisses the significance of the Slavic influence in Greece by taking up this idea, arguing that being Hellene was not a matter of genetics or tribal membership, but of education. Thus Browning suggests that if you speak Greek and live like a Greek, you are Greek. Cheetharn takes a similar tack, claiming that the “original” citizens of the Balkan peninsula were intensely proud of their Hellenic culture but adding that questions about racial origins would have appeared pointless to educated persons of the high Byzantine age since they tended to indifference towards such matters. They had become quite accustomed to the enormous ethnic mixture that had characterized the empire since late Roman times. Both of these explanations, though intended to be sympathetic to the Greeks, are diametrically opposed to the present Greek government position.

Like Robert Browning, Cheetharn makes the point that there was at least some continuity of culture in early medieval times since the mixture of peoples was held together by the combined power of “Greek civilization, Roman law and the Christian religion.” Cheetham argues that the Slav immigrants were progressively intermingled with the Greeks so that an eventual fusion took place.

Browning also notes that over time the Slavs were acculturated and were often converted to Christianity. A process of “re-Hellenization” took place, led by the Greek Orthodox Church, using the 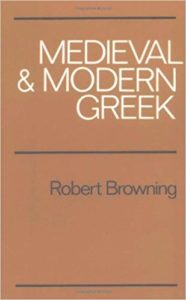 vehicle of the Greek language. To use the words of Nicholas Cheetham, (in the south) “religion and Hellenization marched hand in hand.” The Slavs and Albanians, in particular, converted to Christianity and learned to speak Greek.

The nature of this re-Hellenization must be questioned, since even its advocates recognize that Roman law and the Christian religion were in no sense contiguous with classical culture yet made up a large part of the character of this “new hellenic culture.” If we strip away the religion of classical Greece and the unifying force of common shrines and rituals of the Delphi-Anthela arnphictyony; eliminate the political structure of the city-state; and replace Greek law and administrative procedures with those of Rome, it seems unreasonable to assert that the remaining elements constitute a culture essentially the same as classical Greece. It is simply not plausible to suggest that the bulk of Greek-speaking Roman citizens in the Middle Ages, let alone the former Turkish subjects of nineteenth-century Greece, “lived like” ancient Greeks.

Making a case about the difficulty classical writers faced in distinguishing between dialects of Greek, Arnold Toynbee 61 offers an analogy. He suggests that a speaker of High German from Frankfurt am Main, or a speaker of Low German from Flanders or Holland, might find it difficult to believe that the language is spoken by people in some rural district in Luxembourg, Alsace, or one of the forest cantons of Switzerland is a dialect of his own language. Perhaps the most interesting point about this example is how it demonstrates that although people may speak dialects of the same language, they can enjoy very different lifestyles and cultures. If we compare the Dutch seaman of the sixteenth century and a Swiss-German farmer of the same period, we might wonder whether the two would see any affinities between themselves except for a remote language similarity. We might also contemplate the absurdity of the idea of a Swiss-German of the present day saying to himself, “My (Dutch) ancestors were among the greatest of sea navigators.” It would be an anachronism.

The most usual ideological abuse of history is based on anachronism rather than lies. Greek nationalism refused Macedonia even the right to its name on the grounds that all Macedonia is essentially Greek and part of a Greek nation-State, presumably ever since the father of Alexander the Great, king of Macedonia, became ruler of the Greek lands on the Balkan peninsula … it takes a lot of courage for a Greek intellectual to say that historically speaking, it is nonsense. There was no Greek nation-State or any other single political entity for the Greeks in the fourth century B.C.; the Macedonian empire was nothing like the Greek or any other modern nation-state, and in any case it is highly probable that the ancient Greeks regarded the Macedonian rulers, as they did their later Roman rulers, as barbarians and not as Greeks, though they were doubtless too polite or cautious to say so.

In the same way that it would be questionable for a modern Swiss-German to claim descendence from sixteenth-century Dutch seafarers, it is questionable for modern Greeks to claim family affinity with the ancient Macedonians, even if the ethnological purity which such a claim requires could be established.

An appeal to the continuity of Hellenism through the Greek language is similarly dubious. We have already seen Roger Just’s comment that by the nineteenth-century most of the newly independent “Greeks” did not call themselves Hellenes and did not even speak Greek by preference. Furthermore, the use of a form of the Slavic language was still widespread, perhaps dominant, in the territories that were not taken into the Greek nation until later in the nineteenth and twentieth centuries.

It has been claimed that the Greek language of the nineteenth century was a corrupted ecclesiastical version of classical Greek that the ancients might have had some trouble comprehending. George Finlay was extremely critical of this language and the role of the church hierarchy based in Constantinople in reducing it to the level apparent in the mid-nineteenth century.

If we consider the standard applied by Herodotus that ancestry, language and culture were the basis for Greek community, or even if we prefer the evolved definition of Isocrates that gives primary emphasis to culture, it is not an unreasonable conclusion that nineteenth-century Greeks failed to meet these criteria. After the establishment of independence, Greek intellectuals made a great effort to return their country to its Hellenic past. Classical place names were revived, and Turkish, Venetian and even Byzantine buildings were removed to reveal ancient ruins. The language was standardized in the nineteenth century as part of a concerted effort to create a new Greece. This brought some stability to the culture of the diverse “new Hellenic” peoples who could be recognized at that time. Since 1988 and the renaming of northern Greece as Macedonia, a whole new focus has been given to the Greek effort to identify with the classical and Hellenic past. 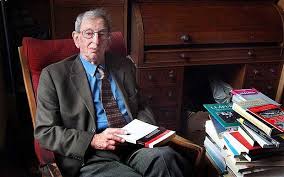