One Small Step for Man, One Giant Leap for WMC 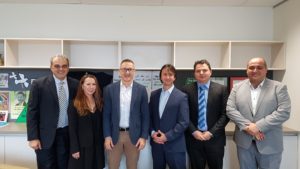 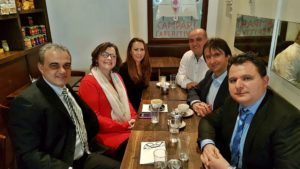 In an emotional statement earlier this week, Mr. Stefanovski said, “I thank all those National Presidents/Chairmen, such as Bobby Temelkov, Sasha Petkov, Simo Popovski, Bosko Dobrevski, Irfan Karim, my brother Goran Kotev, Todor Petrov and others, who not only nominated me but have trust in me to do what is right by our organisation and assist with the further growth and overall management of what is truly, without doubt, the largest and best Macedonian organisation in the world…. It truly has been an honour to see our organisation grow from an idea to something so amazing, in Australia..” Mr Stefanovski will remain as Australian National Executive Director and International Vice President of World Macedonian Congress.

National Chairman for Hunza, Pakistan, Mr Irfan Karim said, “As President of WMC for Hunza region in Pakistan, I have had the honour of working with our brothers and sisters in Australia especially, Co-Chairman Jim Stefanovski on a few projects. I was extremely proud to see him voted in as the Global Chief Operations Officer for WMC as I cannot see anyone else doing that job better than him. I am proud to be part of an organisation promoting and representing Macedonians throughout the world and I am proud of my brother Jim Stefanovski who will take us all to the next step to bigger and better things”.

Chairman for Canada, Mr Bobby Temelkov stated, “It is a real pleasure to work with Jim Stefanovski, the very first National Co-Chairman for Australia. Without his hard work, dedication and passion for all things ‘Macedonian’, I truly don’t believe WMC would have grown so quickly internationally. I thank him for his belief in me and for nominating me for the role of President for WMC-Canada from the very start. I also congratulate him on his promotion to Global Chief Operations Officer and have no doubt we will see WMC grow even larger in size globally with his guidance.”

In an exciting re-shuffle of the WMC-A executive roles, Mr Goran Kotev has also stepped down from the role of Branch President for Vic. S.A. & Tas. siting a desire to have youthful renewal, fresh ideas and energy flow through all of the National branches and committees.

Both men have an uncompromising and burning desire to advance the Macedonian cause in whatever way they can and have been instrumental in WMC-A’s growth and success to date. Mr Karanfilovski was previously NSW/ACT Vice President while Mr Ilievski transitions from the VIC/SA/TAS Treasurers role.

Please join us in welcoming Aleksandar Ilievski and Stephen Karanfilovski to their new executive roles and in congratulating them on their appointments. 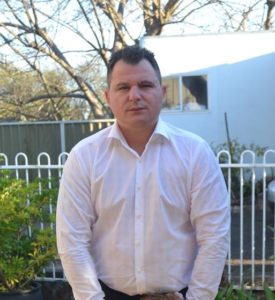 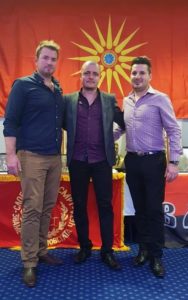