Once-upon-a-time the great name of Preston Makedonia was common knowledge across the Australian footballing landscape after all the club did represent the Macedonian community of Australia in the now-defunct National Soccer League for 12 years between 1981 and 1993. These days the new generation of football fans in Australia are not as well-informed with this name or as they are now known as, the Preston Lions. Likely a result of the club’s numerous troubles and fall from grace in recent years.

The Makedonia Soccer Club was first formed when recent Macedonian immigrants in the Melbourne suburb of Parkville began to play the world-game of football as a means of socialising with their fellow Macedonians. The club played informal games up until 1949 and did not play again until 1957. In 1959 the Makedonia Soccer Club officially associated with the Victorian Soccer Federation which allowed the club to begin competing in more organised and formal leagues. A 1963 move to T. A. Cochrane Reserve in the suburb of Preston signified the beginning of the name, Preston Makedonia. 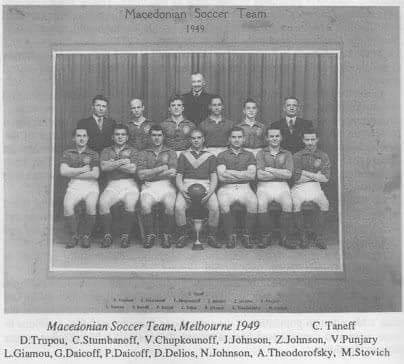 The club would go on to play in the top tiers of Victorian football and eventually the national league of Australia itself, accumulating numerous achievements along the way. 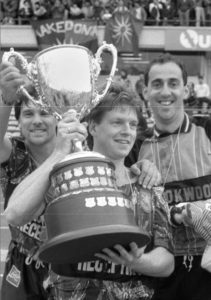 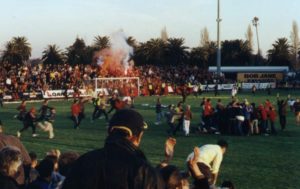 The Makedonia squad that won the VPL Championship c. 2007

But not all was lost for this once great and proud club of the Macedonian people, the often described ‘largest Macedonian club outside of Macedonia’. Under the new dedicated leadership of current club president Zak Gruevski and his hard-working committee, the Macedonian lion rises once again. A special mention also needs to be made for Zoran Trajčeski who organised the sub-committee that would pave the way for the current stable administration at the club.

Preston Makedonia is now a debt-free club that has bounced back from the brink of death to tackle the challenge of climbing the ladder to once-again become one of the strongest and most-supported clubs in Victorian football. With promotion and relegation now open between the Lion’s current league, State League 1 North-West and their aspiring league the National Premier Leagues, Preston Makedonia is now in the position to reclaim its once legendary status.

After a weak start to the 2017 season, Preston still managed to secure a comfortable 4th place finish at the seasons’ conclusion, missing out on promotion to fellow Macedonian club Altona Magic. The season saw passionate fan support for the club however, including a notable 3-2 home derby win over Altona Vardar in front of a crowd in excess of 1000 people. Makedonia senior men’s coach and former player, Lupče Acevski has wasted no time in the off-season to make strong signings for the club so to start the 2018 season with a strong and capable squad. The re-signings include Welsh star-striker Chris Davies who made a name for himself in Victorian football this year with his 4-goal streak against rivals North Sunshine Eagles in the fifth round of the FFA Cup. Other notable re-signings include Angel Taravillo, Caner Ucarli, Josh Slovacek, Ryuji Miyazaki, Nick Sarbin, Matko Vudimir, Scott Dixon and squad captain Aleksandar Petrovski. The new signings, as of the writing of this article, are Ajax Youth Academy duo Jip Bartels and Andre Krul, Port Melbourne winger San Beninato, Hume City winger Jose Guerrero del Solar, Avondale forward Tyler Fischer, Whittlesea Ranges and former Perth Glory midfielder Naum Sekulovski, Campbelltown City midfielder Keita Minomura, Lancaster City (England) defender Sam Hibbert and Whittlesea Ranges striker Michael Razmovski. 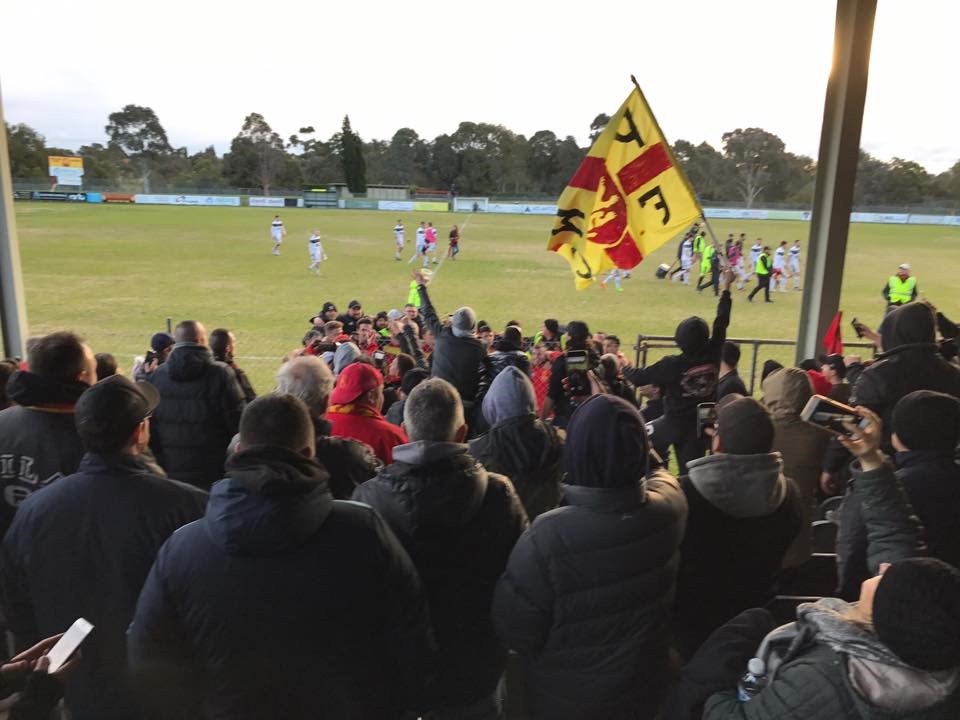 The Lions will be aiming for nothing less than a 1st place finish in the 2018 season with the goal of winning promotion into the National Premier Leagues where old rivals such as South Melbourne Hellas, Heidelberg United and Melbourne Croatia currently compete in. This old lion is rising again fast, it is time to support it on its campaign back to the top where it belongs!