Macedonians in Western Australia Speak Out

The Macedonian Community of Western Australia has spoken out on the “Name Issue”. One of Australia’s oldest Macedonian-Australian organisations has also written a letter to the newly appointed Prime Minister of the Republic of Macedonia regarding name changes.

Prime Minister of the Republic of Macedonia

On behalf of the Macedonian Community of Western Australia Inc, the first Macedonian community established in Australia 76 years ago, we would like to express our deepest concerns about recent developments in Macedonia which have resulted in the appearance of serious threats to the independence and sovereignty of our motherland.

We understand that the formation of the newly appointed Government in Macedonia was to some degree enabled and sponsored by the European Union, the U.S.A. and various Non-Governmental Organizations which have made vague promises that Macedonia will be offered membership of NATO and the EU if it meets certain accession criteria including a change in the country’s official and historical name. While membership of such organisations may appear to both you and many Macedonian citizens a panacea to the myriad of problems that currently affect the daily lives of our people, we strongly advise that you consider the damage that will be done to Macedonia if such membership comes at the cost of Macedonia’s and Macedonians’ dignity and self-respect. When countries such as Great Britain have just voted to get out of the European Union and others such as Greece and Bulgaria are teetering on the edge of bankruptcy, one needs to seriously question Macedonia’s need or urgency to join these organizations whilst being forced to make insulting concessions as preconditions for entry.

The unashamed appeasement of a very aggressive Albanian minority in Macedonia who enjoy human rights that few other minorities in the world enjoy is something that is of great concern to all Macedonians. Any attempt to implement the so-called Tirana Platform that was devised in Tirana, approved in Kosovo and is now being strongly championed by your Albanian DUI , BESA and Alliance for Albanians coalition partners is strongly condemned as it basically involves a dilution of our independence and sovereignty which can only lead to the end of Macedonia as a unitary and independent state. We do not accept that these parties are not still committed to the implementation of this platform, despite the fact that they have tactically for now placed it lower down on their list of priorities.

Our name “Macedonia” is more than 2,000 years old and has been the name of our motherland from the ancient times of Alexander the Great through Roman invasions, Byzantium, Ottoman occupation and the tripartite division in 1913 under the Treaty of Bucharest until this very day. No one has the right to tamper with our historical name which we all revere and proudly respect and which is the bedrock of our ethnicity and identity. Least of all neighbouring countries like Greece, Bulgaria and Albania who continue to deny our Macedonian brothers and sisters the most basic of human rights to this day. Any attempt by you or your government to buckle and agree to any name change whatsoever will be condemned as a supremely treacherous and anti-Macedonian act by every Macedonian in the Diaspora and any Macedonian citizen in the Republic of Macedonia who still has one modicum of pride in their Macedonian heritage, ethnicity, language and history.

You and your government should be under no illusion that a permanent name change will lead to a permanent change in the way Macedonian ethnicity, language and identity are described internationally. For example, despite assurances by you and your government that Macedonian has its own red lines (presumably that our ethnicity and language will still be described as Macedonian) if the agreed name is Republic of Northern Macedonia, , invariably over time Greece will use that name change to promote the notion that these people are Northern Macedonians who speak the “ Northern Macedonian” language in contrast to the “Greeks” in Macedonia (Aegean Macedonia) who will be portrayed as the true Macedonians who have a Macedonian identity which they will continue to also insist is the essence of being a Greek. This will lead to Greece claiming the name and history of Macedonia as its own and it will not hesitate to ruthlessly promote this line internationally. In Australia in 1995 the Kennett Government in Victoria changed the name of the Macedonian language to “Macedonian ( Slavonic )” under pressure from the Greek community and justified it by saying it was the logical outcome of the Federal Government’s decision to recognise Macedonia as the former Yugoslav Republic of Macedonia and to adopt the offensive term of “Slav-Macedonians” as a descriptor for Macedonians in March 1994. Premier Kennett’s decision on the Macedonian language was only overturned in 2001 after many years of legal action. Such a renaming will inevitably occur over time again worldwide and the international community and individual countries will use the justification that Kennett used in 1995 and the fact that “the people of Northern/ Upper/ Vardar Macedonia have decided on a name change in a free and fair referendum”. Such an outcome would signal the beginning of the end of the Macedonian people as a distinct ethnic group and of the Macedonian state which was brought about through the struggle and sacrifices of many generations of Macedonians. We will not be able to console ourselves with a ghettoised Macedonian identity in the newly-renamed country which was formerly Macedonia, while internationally the country is forced to use another name which will lead to our ethnicity and identity being portrayed as anything but Macedonian.

The time has come for Macedonia to stand up and be counted. Even if Macedonia were to join the European Union in the next few months it would take many years of economic, social and judicial reform for the standard of living to begin to approach that of more affluent member countries such as Germany, France and Sweden. The immediate result of such membership would be massive emigration out of Macedonia by highly educated young people and others, who will in all likelihood be forced to perform menial work while establishing themselves in their new societies. In addition, the Macedonian economy would be opened up to unbridled competition from stronger European economies resulting in greater unemployment and prices will rise as EU legislation and regulations are implemented. Such an outcome is hardly of benefit to Macedonia or the Macedonian nation.

An alternative approach to EU membership could involve a strengthening of ties with the European Free Trade Agreement countries (Iceland, Liechtenstein, Norway and Switzerland) which have a special trade and political relationship with the EU, as a way of facilitating trade with the EU and possibly seeking “privileged partner” status with the EU which provides many of the benefits of membership without formally becoming a member state. An essential aspect of Macedonia’s economic revival would also encompass the development of the country as an attractive tourist destination and the adding of value to goods which are presently exported. Moreover, an enormous contribution to the economic development of Macedonia, whether or not EU membership is being actively sought, would be to deepen the fight against corruption, create a professional, depoliticized civil service, increase the productivity of the workforce through the inculcation of a strong work ethic, while simultaneously defending workers’ rights and work security, and making sure the power of the oligarchs who came to own Macedonia’s state enterprises in the 1990s is broken.

Likewise, entry into NATO does not guarantee the country’s security or ensure that its neighbours will one day not attack its territory. Greece and Turkey were NATO members at the time of the invasion of Cyprus and have since that time been engaged in intermittent armed clashes and skirmishes. In addition, there is no mechanism within NATO for dealing with military conflicts between member states.

We in the diaspora cannot sit idly by and watch the only free, independent and sovereign part of ethnographic Macedonia be deprived of its identity and dignity by the making of humiliating concessions designed to appease foreign interests who have no concern for the welfare and future of Macedonia.

We trust that your government will consider the points raised in this letter and act in the best interests of Macedonia, the Macedonian Diaspora and the Macedonian nation as a whole as it grapples with the many issues and challenges facing the country. 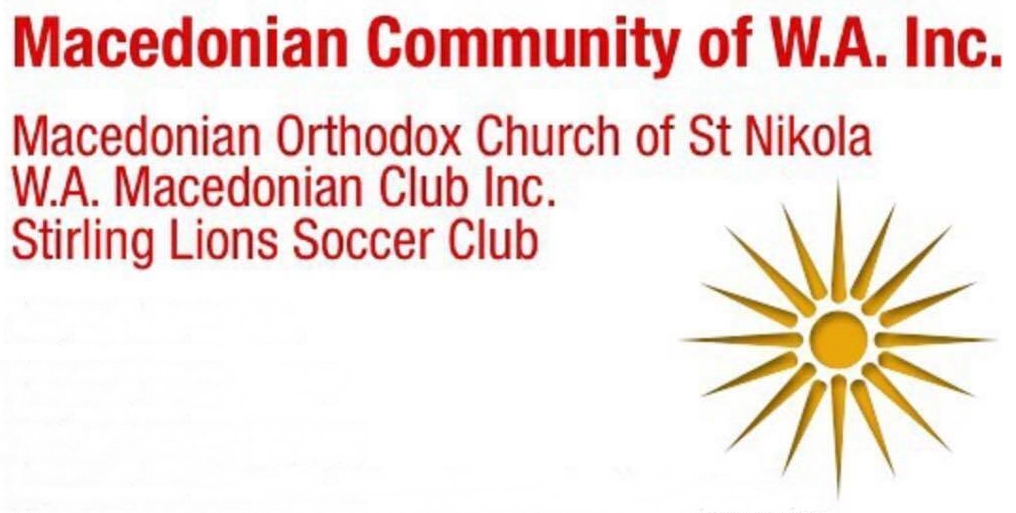 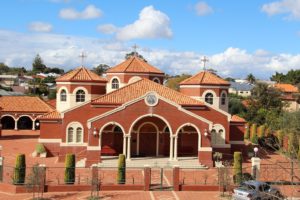 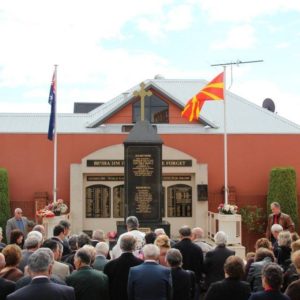 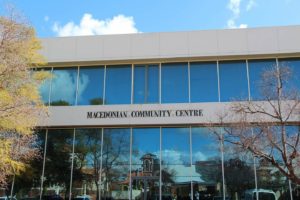